Like me, I’m sure many of you grew up with the stories of three great bears – Rupert, Paddington and Winnie-the-Pooh.

AA Milne himself could not have predicted the popularity and enduring love of Winnie- the-Pooh when he created him, based on a Harrods bear his son, Christopher Robin was given on his first birthday. 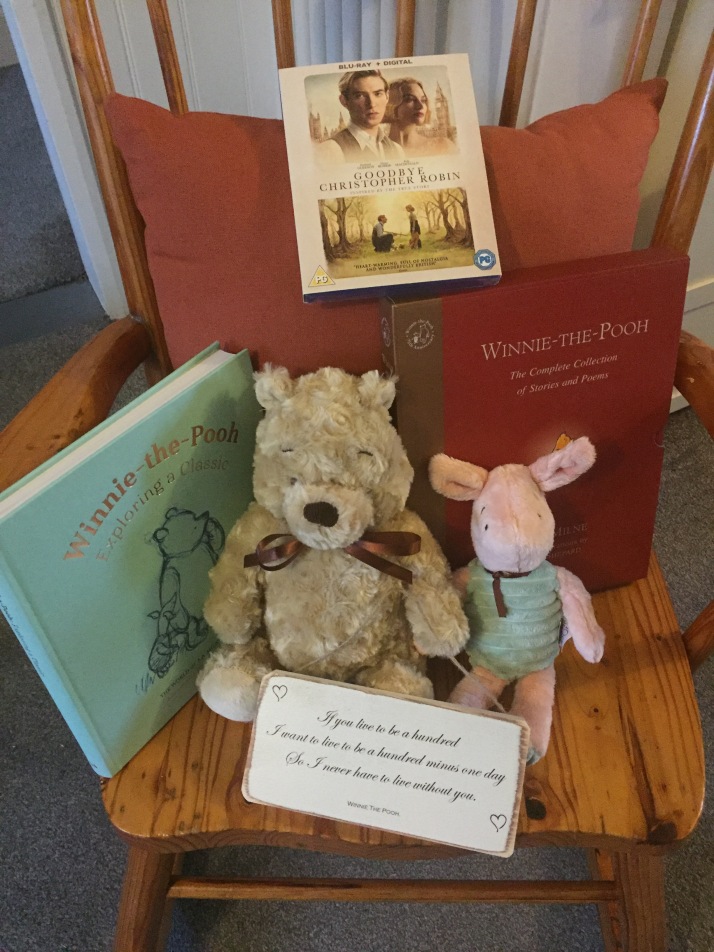 In 1926, Milne published his first collection of stories about Christopher Robin, Winnie-the-Pooh and his friends, who he based on other nursery toys.  The stories were brought to life by EH Shepherd’s illustrations.  Milne and Shepherd had worked together previously on the magazine, Punch but their collaboration on Winnie-the-Pooh produced some of the nations best-loved children’s books and is what they are most famous for. 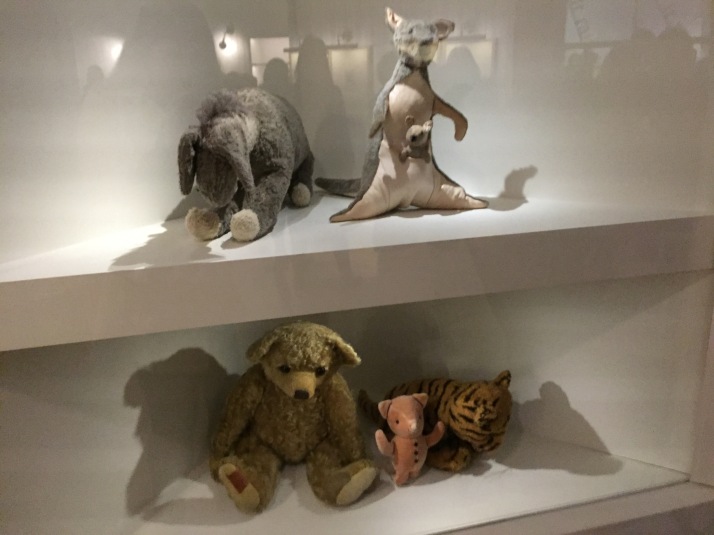 Milne who was a Londoner, bought Cotchford Farm on the edge of the Ashdown Forest in Sussex, as a holiday home in 1925 and the area provided the perfect backdrop for the stories, referred to as The Hundred Acre Wood.

Winnie-the-Pooh was always one of my favourite characters and I was often taken to Pooh Corner, a shop in Hartfield, Sussex, mainly of course as it was en route to my fathers favourite place, the Bluebell Railway.  This shop, opened in 1978 and is dedicated to all things Pooh. 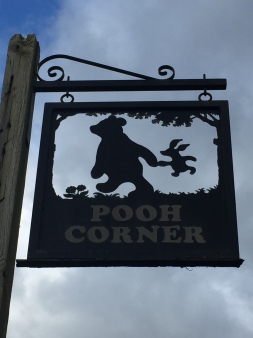 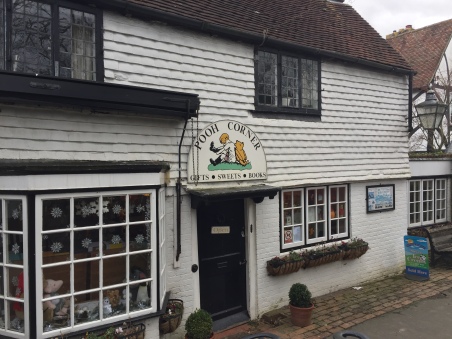 A short distance from the shop, you can indulge in a game of the famous Pooh sticks yourself at the bridge where Christopher Robin and his father played the simple game.  The bridge was built in 1907 and then partly rebuilt in 1979 and later completely restored thanks in part to funding by Disney, who had of course by then acquired the rights to the characters and dropped the hyphens in Pooh’s name. 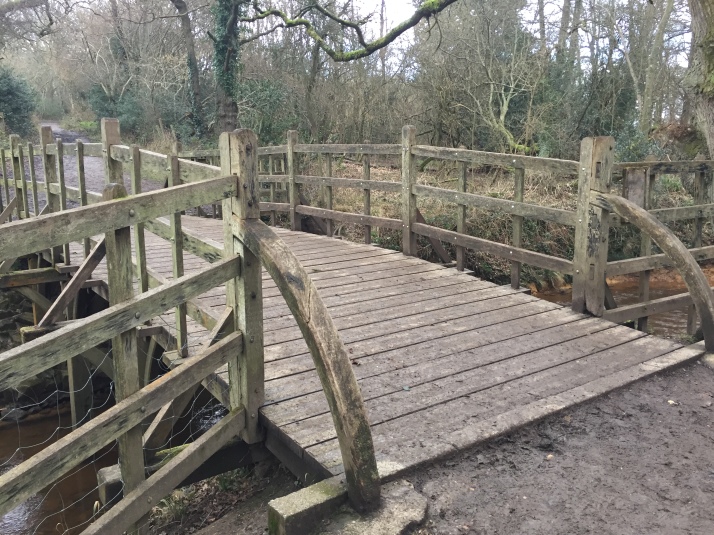 If you are feeling energetic, why not also visit the Enchanted Place, where there is a plaque is dedicated to Milne and Shepherd. 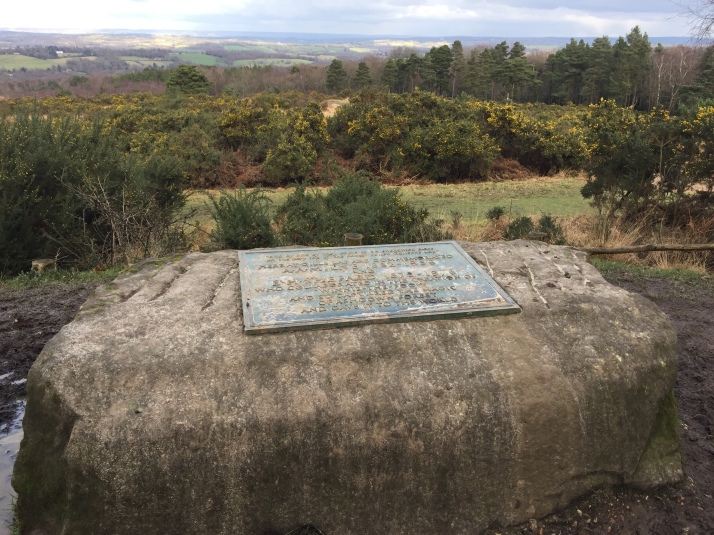 After all that walking, as Pooh would say, it is time for a little something.  Head back to Pooh Corner for a traditional English cream tea. 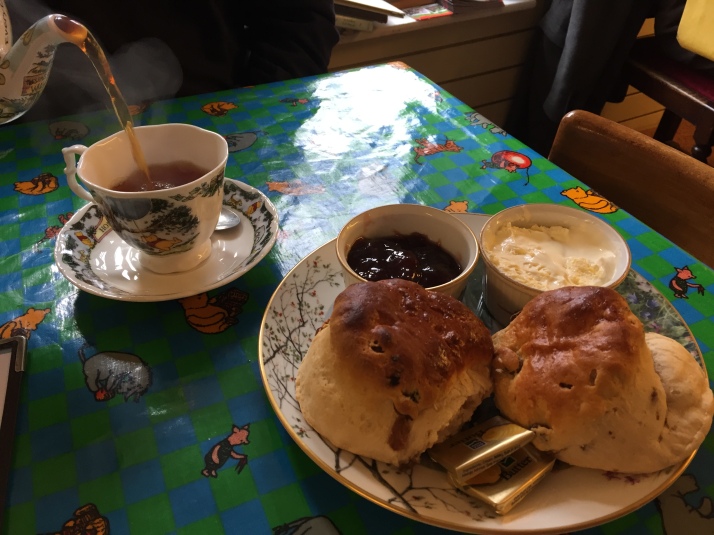 Last year, the film Goodbye Christopher Robin was released, once again bringing Winnie the Pooh to the fore of popular culture.  If the film is to be believed, it is rather ironic that the characters and stories that made so many people’s childhood’s happy, had the opposite effect on Milne’s own son, Christopher Robin.  He took none of his father’s royalties.

The V&A museum is currently running an exhibition, Winnie-the-Pooh – exploring a classic, until 8 April.  I visited the exhibition with my friend.  It is cleverly designed to appeal to young and old, just like the characters themselves.  The collection includes original drawings and some of the families photos, along with a trail for children to follow with lift up flaps to discover things, a slide and a table with pencils for them to unleash their own creativity.  One of the main things I learnt was where the name Winnie-the-Pooh came from.  Winnie was the name given to a bear at London Zoo whom Christopher Robin visited, while Pooh was the name he had given to a swan he fed. 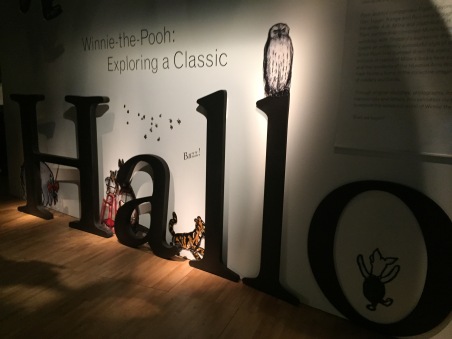 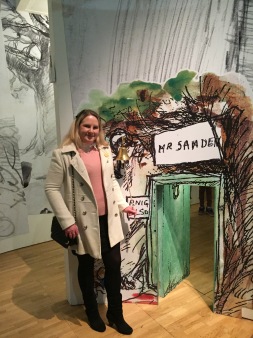 Is Pooh at home? 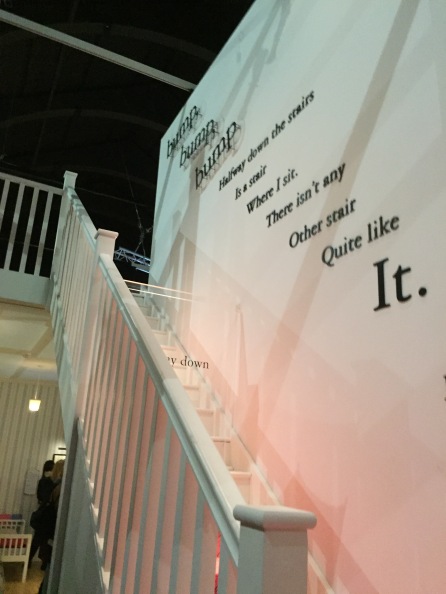 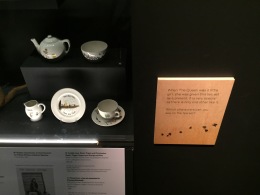 Tea set given to the Queen 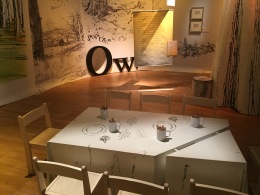 Table for children to create their own drawings 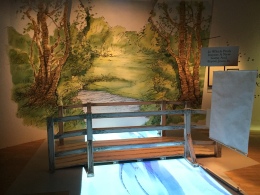 Mock up of the famous Pooh sticks bridge 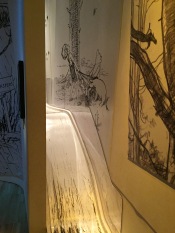 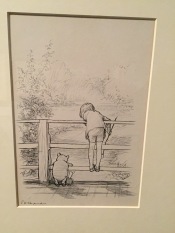 One of the original drawings 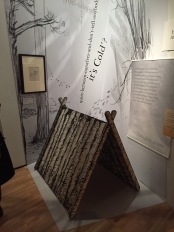 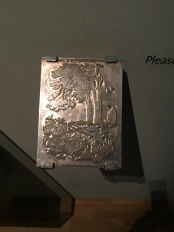 Plate used to print the drawings 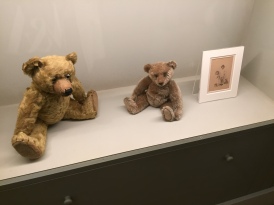 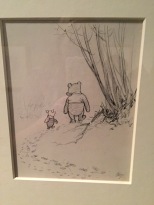 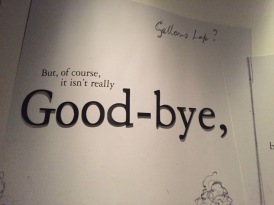 At a time when war was a recent memory for many, Winnie the Pooh transported readers into a magical world where the only threat was time.  The characters transcend time however, remaining as popular with adults as they are with children.  The stories have been translated into many languages and Pooh, for a bear with very little brain, provides some great philosophical quotes.

The exhibition includes a large array of merchandise, including a dress from a collaboration with Cath Kidston in 2016 and a tea set given to, the now Queen, in 1928.  The most recent collaboration is with Pandora, as part of their Disney charm collection and my husband kindly bought me one for Valentines Day this year.

I am sure Pooh will continue to enchant lots of children for many years to come and always remember ‘you’re braver than you believe and stronger than you seem and smarter than you think’ and of course when all else fails, ‘it’s so much more friendly with two.’