Happy New Year!  So another new year dawned, surrounded by the usual celebrations despite it being 2013 – unlucky for some; I wonder if wedding venues have felt the pinch with superstitious brides?!  For more on why 13 is seen as unlucky see my previous blog ‘Friggatriskaidekaphobia’

Apologies for the long gap between this and my last post but December was a difficult month for me with my eye condition flaring up again for nearly 2 weeks.  I have however still managed to fit in quite a lot, along with shopping for the party season and had an enjoyable Christmas despite everything.  Here are my favourite purchases.

Early December saw my friend’s baby boy christened.  He wore a beautiful gown that was a family heirloom.  I always think choosing an outfit as a guest at a christening can be difficult.  It sort of requires a dressed down, wedding attire look with an avoidance of black, being that it is a joyous occasion.  This is fine in the summer but being winter and tights being required made it more difficult.  In the end I opted for this navy dress with butterflies and red cardigan and shoes, all from New Look.

Viva Forever, a new musical written by Jennifer Saunders and produced by Judy Craymer with the music of the Spice Girls opened in the West End on 11th December and in spite of poor reviews by critics, I dragged my boyfriend along to see it.  He wasn’t the only man present but they were a definite minority.  Having followed the Spice Girls closely as a young teenager, I found the musical most enjoyable regardless of the weak plot; especially during the last song when the whole audience danced and sang to ‘Stop Right Now’.

I don’t know about everyone else but it took me quite a while to feel Christmassy this year for some reason, with my cards being written out hastily to meet the last posting date and me hanging on tender hooks hoping my online purchased gifts would arrive in time.  It probably didn’t help that we had few decorations due to the dining room being half finished.  What really got me in the mood though was when I was making my Christmas cake a few days before Christmas; the house was filled with sticky sweet aromas whilst Christmas songs filled our ears and there was the distant sound of a steam engine whistle.  We looked out the front and sure enough a steam train was pulling into the station.  This must have been a common sound in 1898 when our terraced house was built but nowadays I think always produces a kind of romance.

My Christmas Cake I made

Christmas Eve was spent at home in my cosy PJs on the sofa.  Fashion articles often neglect nightwear but I think it is just as important being that many of us girls put our PJs on as soon as we get home.  Fabulous magazine did however do a small spread on mixing textures.  I went for checked fleecy bottoms with a white cotton vest and a lovely knitted cardigan from Oasis and then for a touch of glam I added pearls.

My partner and I decided to do a tree present each on Christmas Eve.  Excitement bubbled and butterflies fluttered in my stomach as I picked up a small, square, neatly wrapped box – could this be the long awaited engagement ring?  Alas no, it was in fact a box of dinner party ice breakers!  My partner was quickly forgiven the following morning though when I ripped the paper off my main present of my much longed for Ugg boots.  I was very spoilt by all with lovely presents but thought a couple of my friends gifts deserved a mention being that they were unusual tree decorations – a felt owl which was very in keeping with the 2012 fashion trend and a bauble from Verona.

Over the Christmas period I spent some much needed time with family which was very nice; especially having my brother, his fiancé and my niece join us for Christmas dinner.  I couldn’t resist buying my niece more shoes and these silver ones from Monsoon went down a treat – she wanted them on straight away and wore them to every other event over the period too. My partner and I hosted a New Year’s Eve dinner party with our respective parents which was fun and an opportunity to air the dinner party ice breakers starting with the worst first date each of us had had.  As Big Ben chimed we toasted over champagne and had party poppers whilst mumbling the verses of Auld Lang Syne.  This year I haven’t made any resolutions as such as my bucket list of things to do before 30 sort of covers it (see previous blog).

Talking of the bucket list, the weight has started to come off albeit slowly with my 5:2 diet.  I think I could probably lose far more however if I ate normally on the other 5 days rather than gorging myself on cakes and biscuits.  Having signed up for the half MoonWalk London which raises money for breast cancer research; I now need to get in to training.  My parents bought me some trainers as despite someone offering to double the money raised if I walk it in 4 inch heels – I think this would be suicide even for me.  My fundraising page is now live.  I understand money is probably tight at this time of year but it would be great if you could even just sponsor a small amount.  My company will match the amount I raise and donate it to their charity Action for Children so you will be helping two charities in one go – great if your new years resolution was to support good causes.  Please pledge via the below link.

As a year comes to a close it is a good time to reflect on achievements of the previous year and mine and my partners has to be our garden and drive which was completed with much help from my Dad and Uncle.  Check out the before and after pictures.  Look out for more home improvement in future blogs.

Our garden early on in the project

Yesterday we took my partners niece and nephew to see their first pantomime – Peter Pan at the Churchill Bromley.  The tradition of a pantomime at Christmas dates back at least to early 1800s however the “traditional” pantomime is constantly evolving in order to maintain its popularity.  We greatly enjoyed it although being the penultimate performance signals Christmas well and truly being over for another year.  Guess January blues set in now – let me know how you are combating them. 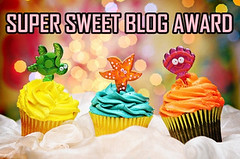 Rules: Thank the blogger(s) who gave you the award and link back to their blog. Nominate other blogs for this award and let them know. Post the award on your blog. Answer 5 questions:

Thanks to Snow at Maidmoiselle Snow who nominated me for this award, it’s much appreciated! If any of you have the time please come check ouhttps://blahnikgirl.wordpress.com/wp-admin/post-new.phpt her blog at http://mademoisellesnow.wordpress.com.

Now for the 5 questions!