I checked my bank balance last Saturday and wished I hadn’t, it was not a pleasant surprise shall we say and still two weeks until payday!  What made it even worse was that it was only that morning I had taken scissors to my credit card.  It had been a necessary operation, not least to protect my relationship! (Note to self, sneak in last parcel very carefully and when wear the playsuit and/or wedges make sure at least £10 is knocked off their price!)  Women have been doing this trick for years; men just don’t recognize good investments when they see them!  A girl at work also suggested another good tip; when they say they haven’t seen an outfit before just say, ‘I’ve had it for ages, you mean you have never noticed me wearing it before?’  Trigger a guilt felt apology and your secret is safe. Why is it when you have no money it becomes even more of an urge to buy?  Emails promising 20% off shoes and free delivery keep hitting my inbox.  The latest addition of Glamour arrived and advertised a website called Vivien of Holloway which sells vintage clothes.  I have already fallen in love with a 50’s style dress on there which could hopefully flatten even my curvaceous figure (as my boyfriend delicately puts it.)  Asos is auctioning Cheryl Cole’s outfits and the biggest sale in the news at the moment is Marilyn Monroe’s iconic dress from the film ‘The Seven Year Itch’ which has sold at auction for $4.6 million.  Its torture I tell you.

My boyfriend had to go away for this week to work.  You would think that this would be a nice bit of space from each other but in reality it was horrible.  Suddenly I had a whole house to rattle around in with only Rufus for company.  Don’t get me wrong, I love Rufus to bits but he can’t protect me from would be burglars! 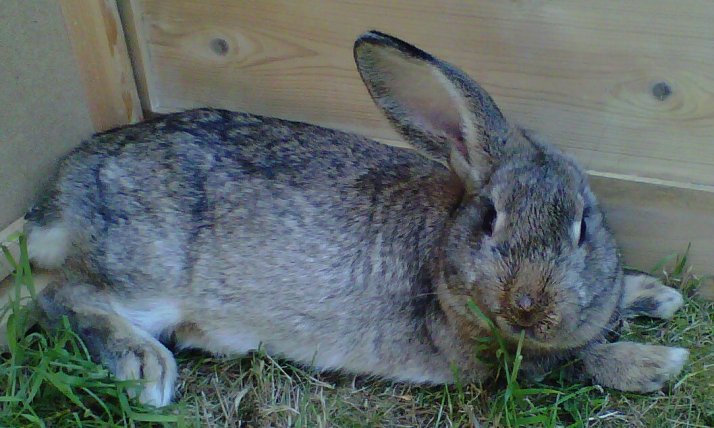 Burglars were the least of my worries it turns out.  I had a very different kind of intruder to deal with, an unwelcome visit from a slug.  There I was making my hot chocolate before bed in my pyjamas, not bothering to put the kitchen light on (I know old age is setting in, lol) and then I saw it out of the corner of my eye on the floor; it was mere luck I hadn’t inadvertently stepped on it.  Panic rushed through me, I hate the slimy things and there was no boyfriend to call to deal with it.  I grabbed the salt out of the cupboard and showered it with it.  Mean I know but at least it stopped it in its silvery tracks.  I then shoveled it outside and cleaned the floor.  I half expected to come down to more in the morning but thankfully it seems to have been a lone ranger.  I had to put the bins out myself too.  Isn’t it funny how despite our feminism; there are still certain jobs we class as the mans?  My boyfriend shares the cooking and the housework whilst I assist in the DIY, albeit usually getting more paint on myself than the walls!  When it comes to the spider removal, the bins and other dirty jobs though we still call on the man!  My boyfriend is my hero.

Absence definitely made the heart grow fonder in both our cases.  We went out this Saturday evening with another couple to enjoy a meal at TGI Fridays and the next installment of ‘Pirates of the Caribbean.’  The film was certainly not a let down, just as good as the other three in my opinion and Johnny Depp still looks just as sexy as Captain Jack Sparrow; we know we shouldn’t fancy someone dressed as a pirate but we cannot help ourselves.

Talking of our male hero’s, today is Fathers Day.  What better time for us to celebrate the first man in our lives?  My Dad was always able to wipe my tears away, fix my toys and make the world seem a better place.  Even now I call on him for certain jobs, such as wallpapering and building a book case.  He did kind of talk himself into these jobs though when he commented ‘that’s not difficult at all!’  My brother and I often refer to him as the oracle as he can generally answer any question or if he can’t, knows where to look for the answer.  In recent years even Dad’s fashion has improved.  I never thought I would see the day he wore a pair of jeans; this was the man who used to wear a shirt and tie to the beach!  They do say that women look for a man with qualities like their father and men look for women with qualities like their mother.  I’m not sure how true this is but I will say my boyfriend, like my Dad is pretty good with his DIY and not so hot on fashion, lol!

Anyway I will sign off here, Happy Fathers Day Dad.

One thought on “Broke and Home Alone!”