September can be seen as the prelude to dark, cold winter days but to Fashionistas, it only means one thing, time for London Fashion Week!

Once again I attended London Fashion Weekend at the Saatchi Gallery – a chance for the everyday followers of fashion to access the latest seasons trends.  This year my long suffering husband gave up his Formula 1 viewing to attend with me – that’s what I call love. 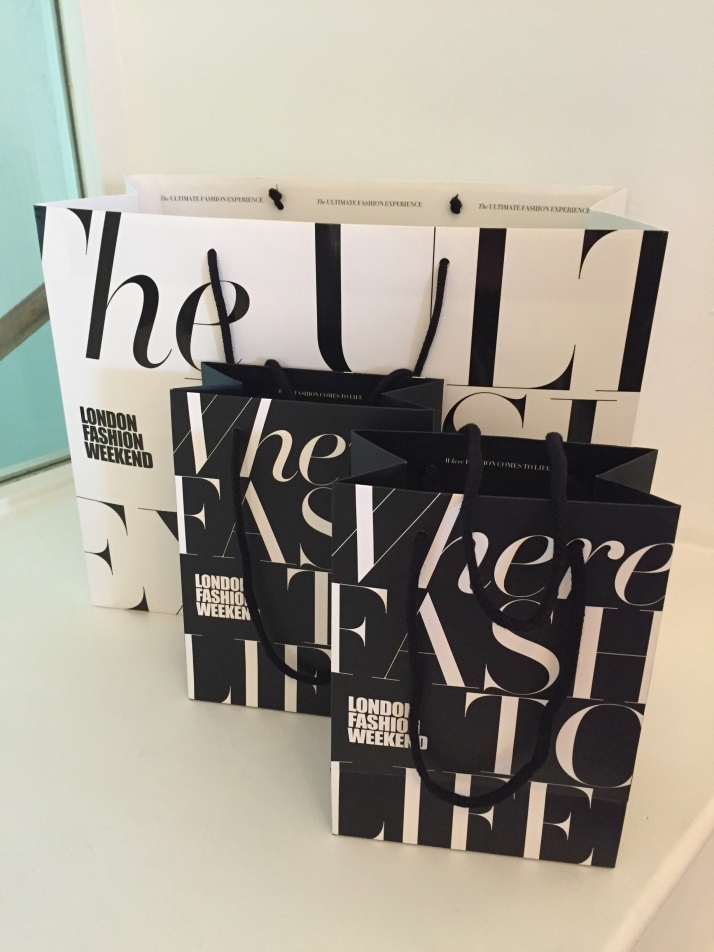 I always try to make an effort with my outfit as you don’t want to let yourself down at one of the biggest fashion events of the year.  I chose a baby pink floral prom style dress from Boohoo with an embroidered denim jacket from New Look.  2016 has definitely been the year for embroidered denim and I love the French element on this jacket.  I paired the outfit with some cute black flats with multiple straps which I picked up from Zara after they featured in Fabulous magazine.  My trusty black quilted, Chanelesq bag was a perfect accompaniment.  The finishing touch to the outfit was a cute Alice in Wonderland necklace that I discovered in a quirky shop in Rye.  I was ecstatic when I was complimented on not just my dress, but also my shoes and necklace by people at the show.

I was in my element wandering around the pop-up boutiques and my husband didn’t whinge once although I’m sure he was biting his tongue. 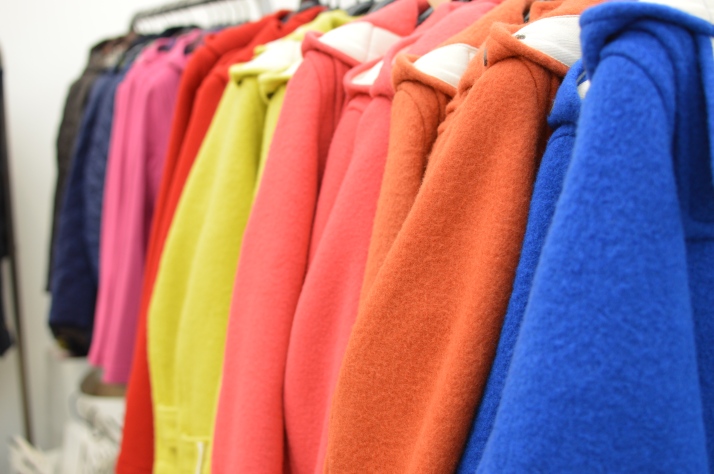 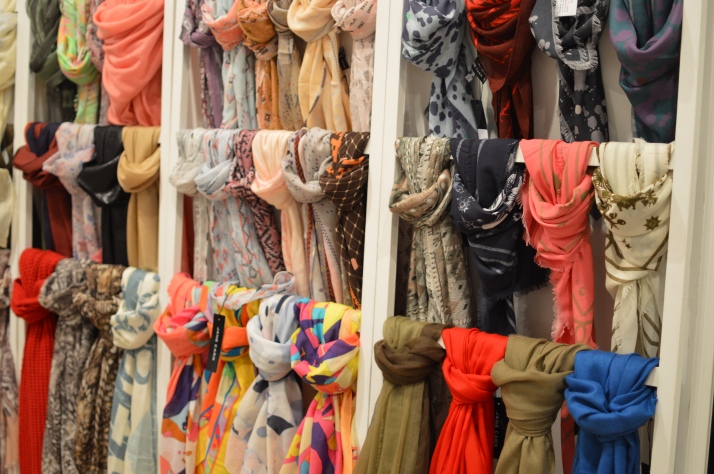 I was intrigued by a pop-up perfume boutique – Miller Harris which I don’t believe had been at the show before.  The company was founded in 2000 by Lyn Harris who trained for five years in Paris and draws on nature as a base for her fragrances.  There were six multiple choice questions for the customer to answer about themselves and that would then point to the scent for you.  I have to say it was pretty accurate as it pointed me to Rose Silence which was the scent I had initially been drawn to anyway.

It didn’t take long for me to find my way to the shoe section of the show and as soon as I walked in, I spotted some stunning black and gold tassel heels by Alexander White.  The brand was founded in 2014 by a graduate and the shoes are designed in London but made in Italy.  I couldn’t resist adding these to my ever-expanding collection especially given they were an amazing bargain at only £175 when the RRP is £450!

Having given my credit card a workout, it was time to chill with a latte.  Even the coffee cups are given a style edit.  This year Lavazza partnered with Mother of Pearl – a brand whose signature is prints. 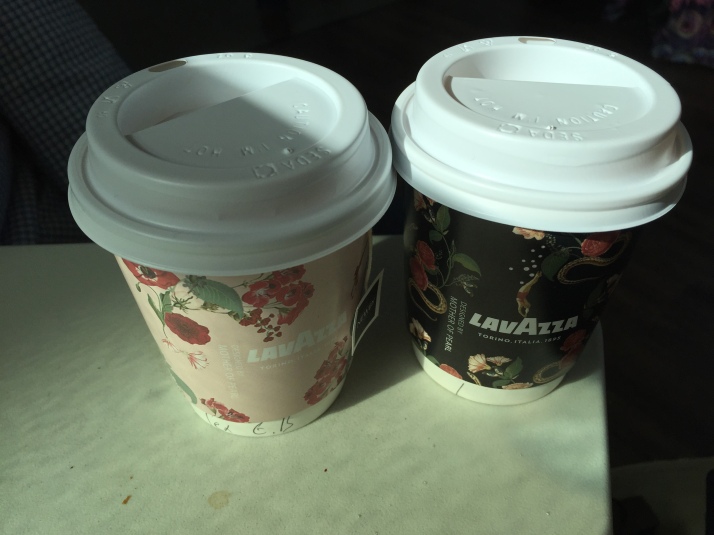 Following a browse of the accessory floor where I picked up a pretty green and black floral headband by Her Curious Nature and persuaded my husband to get me an early Christmas present of star stud earrings by Apples and Figs – there was just time for a glass of champagne before the start of the highlight of the day, the trend catwalk show. 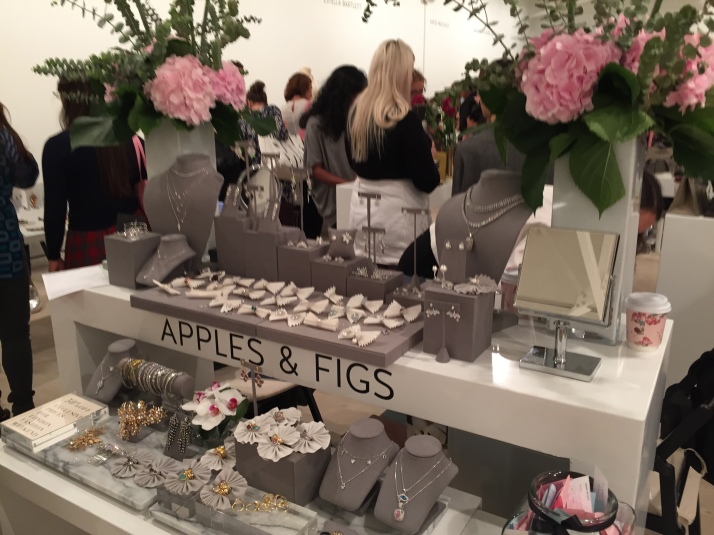 This year the trend show was styled by Avenue 32 and presented by Laura Jackson. Three key winter trends were presented.

The show opened with ‘A Velvet Affair’.  Velvet is often associated with Royalty due to the expense involved in its production as well as its unusual look and feel. 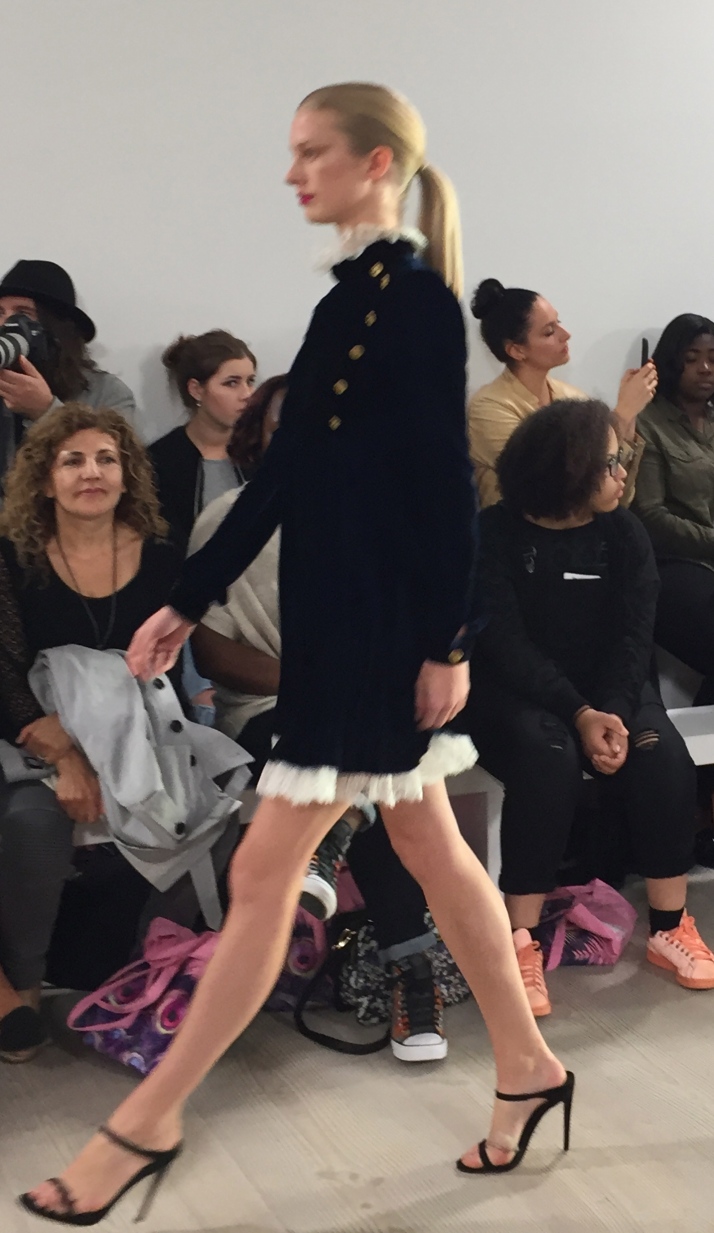 The designers and stars alike have certainly taken to it this season.  In order to avoid looking like granny’s curtains, I have opted to go the accessory route with this trend and couldn’t resist these pumps with matching bag from New Look. 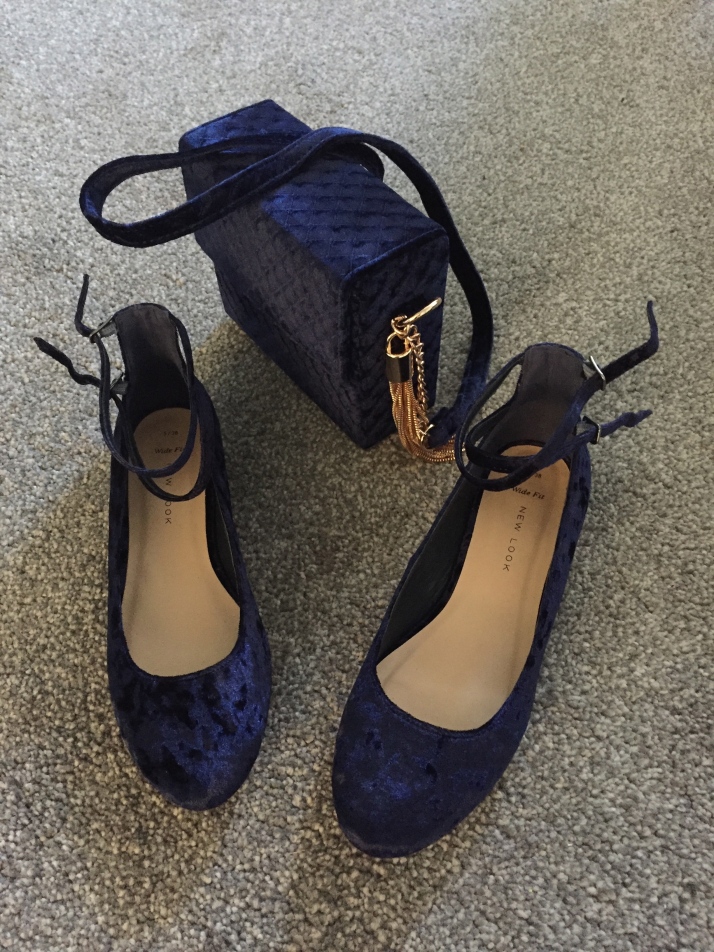 The second trend was ‘New Look Lace.’  I have always loved the delicate nature of lace and the air of femininity it gives to an outfit.  I particularly like it used in high neck blouses which gives an outfit a Victoriana feel.

The final trend showcased was ‘Winter Florals’ and I’m pleased florals has continued as a trend, through from summer.

Dress by Needle and Thread 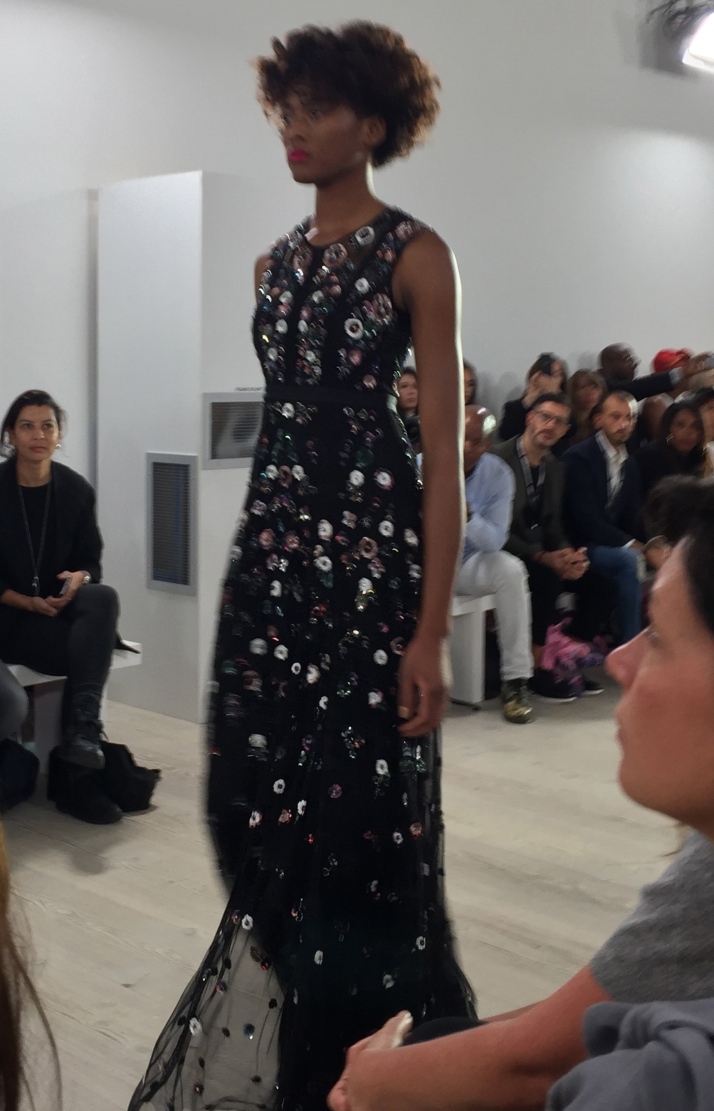 Dress by Needle and Thread

The designer tote bag has become a key part of the event and this years bag designed by the iconic shoe designer Sophia Webster was far from a disappointment.  Sophia founded her brand in 2012 and it has been more than successful; she has even started a line of children’s shoes.  How cute is it that mother and daughter can have matching shoes – I would love a little girl to be my mini me in Sophia’s shoes!  The bag was filled with some great samples as usual – I particularly liked the Maybelline Baby Lips, it leaves lips lovely and soft as well as giving a hint of colour.

Finally I decided that it was time to put my husband out of his misery, despite his impeccable behaviour so we retired for Sunday lunch in The Trafalgar – a vintage decorated pub 0n the Kings Road.

Next year, the event has been renamed London Fashion Week Festival and will  move to The Store Studios on the Strand as part of the British Fashion Council’s pledge to build on consumer engagement with British designers.

Look out for more posts on this seasons trends and let me know how you are styling them.