All little girls love princesses and Diana certainly was the fairytale princess.  The Royal family has always been admired the world over and is quintessentially British but Diana challenged their old-fashioned ways and appealed to a whole new generation.

I was 14 when my Mum woke me one Sunday morning to tell me Diana had died, aged just 36.  The whole world went into shock and there was a huge outpour of public grief.

I went to see the sea of flowers at Kensington Palace, signed a local condolence book, queued at Woolworths for Elton John’s Candle in the Wind tribute single and was glued to the TV for the funeral.  Along with most of the nation, I mourned the people’s princess. She was someone who was so compassionate and gave so much to so many.

Flowers at the gates of Kensington Palace September 1997

It’s hard to believe that it’s 20 years ago today that Diana was tragically killed in a car crash in Paris.  The world has moved on so, that Diana would scarcely recognise it – social media for one thing, but still today people remember the wonderful Diana.  She is one of the few people who can still sell a paper 20 years after her death.

Diana loved fashion and an exhibition which opened in February at Kensington Palace, shows her transition from shy teenager to style icon.  In April, my Mum and I went to visit Diana: Her Fashion Story.

Many of Diana’s dresses were auctioned in June 1997 to raise money for her charities, so this exhibition has relied on the kindness of collectors to lend the dresses for it.  One of those dresses is the Catherine Walker dress she wore to the Christie’s dress auction. 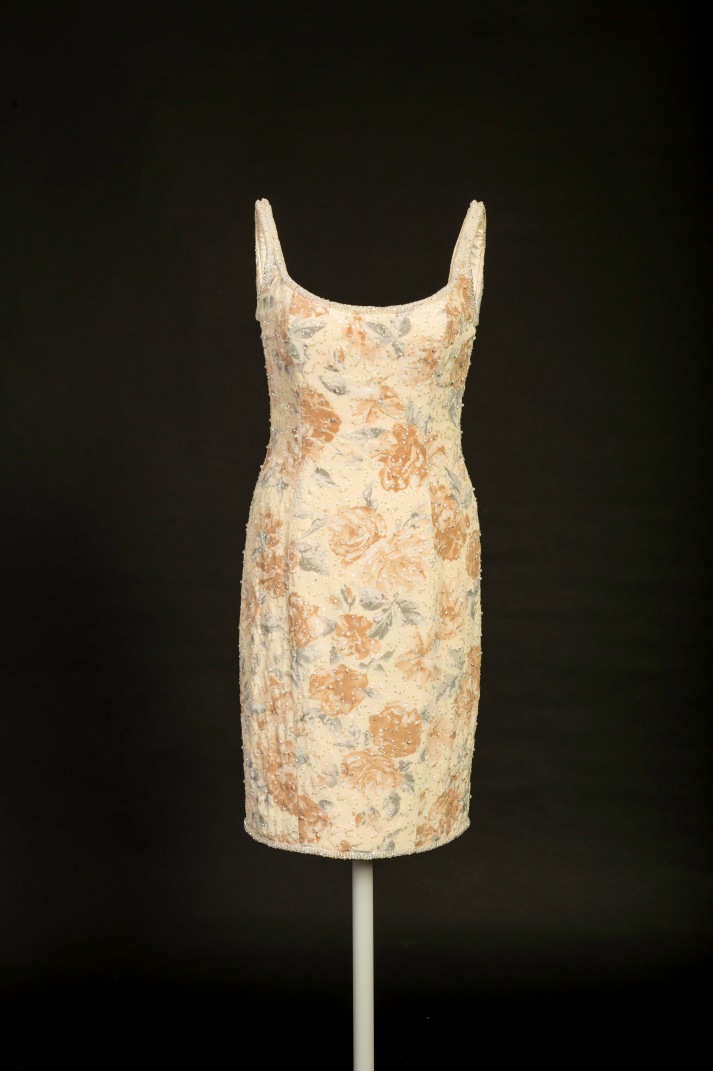 25 dresses are on display and show how the girl who owned very few of her own clothes evolved into the most photographed woman in the world, championing British designers and making clothes work for her.  She once asked Jasper Conran: ‘What message will I be giving out if I wear this?’  This is something we can all relate to.   Fashion is fun but we also use fashion to portray a certain image of ourselves.

The exhibition looks at her early fashion choices which drew on the romantic style of the 1980’s through to her power dressing in the 90’s.

Her first official portrait in 1981 saw her wearing a pretty pussy bow frilly blouse designed by the Emanuel’s, who went on to design her wedding dress. 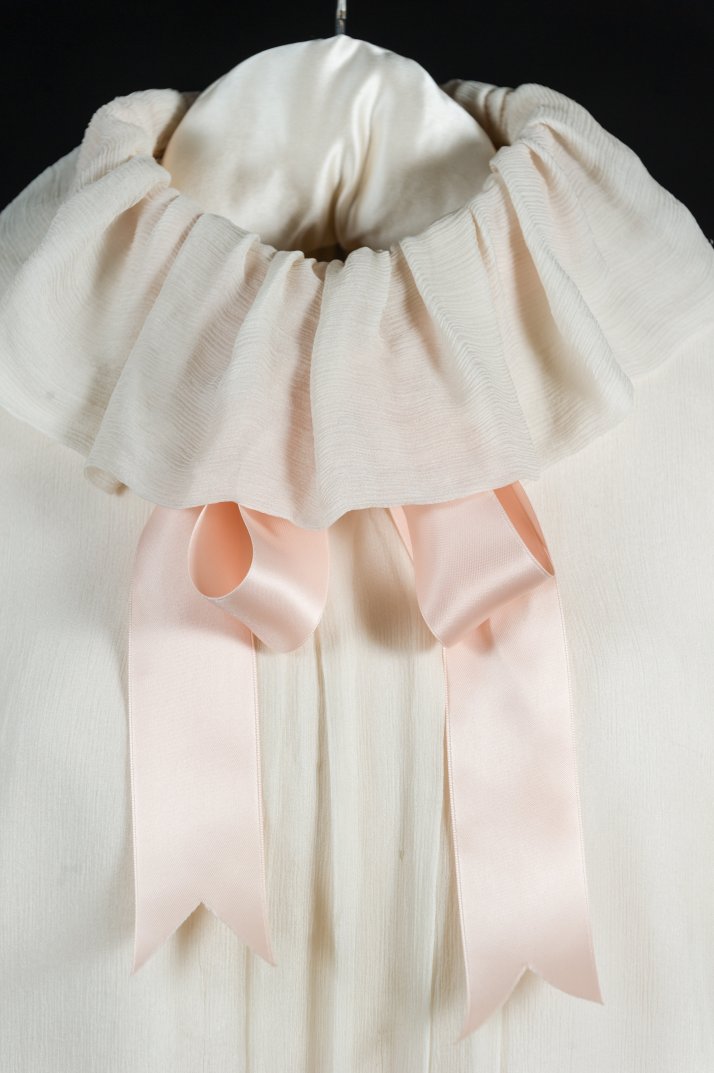 Her honeymoon tweed suit that she wore in Balmoral was on display.

Some of her glamorous evening gowns were on display such as the ‘Travolta’ dress. She wore this midnight blue velvet dress by Victor Edelstein at the White House in 1985 when she danced with John Travolta.  Diana worked a lot with the designer Catherine Walker and in the late 1980’s wore her dress, that became known as the ‘Elvis’ dress, to the British Fashion Awards.

Her charity work increased during the 90’s and she wanted her causes to be taken seriously, rather than for her to be just seen as a clothes horse.  As such she amended her style and opted for simple suits.

The exhibition also included some of the many magazines she graced the front cover of and sketches of some of her wonderful outfits.

The one dress I was disappointed not to see in the exhibition is what many referred to as the ‘revenge’ dress which she wore to a dinner at the Serpentine Gallery in 1994, the same night Charles admitted to an affair with Camilla.  This is when I think she looked her most stunning. 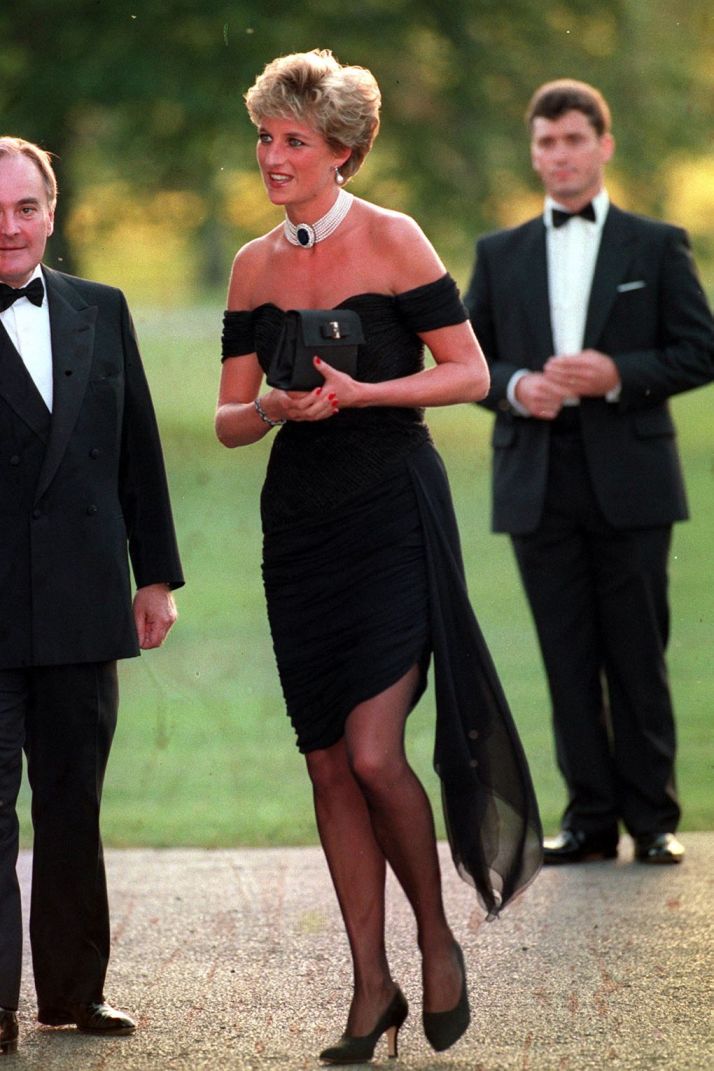 For this day I wore a pink dress with bunnies on the collar by Victoria Beckham x Target and pink rose pumps from Oasis.

After the exhibition Mum and I went and joined the Afternoon Tea Bus Tour to continue with the stereotypically British traditions.  Run by Brigit’s Bakery which has a shop in Covent Garden, this tea is served on a restored 1960’s routemaster bus.  Brigit’s Bakery or B Bakery as it is otherwise known as, was founded in 2011 by Brigit Bloch and is fun, girly, quirky and has a French twist.

As tea is served, the bus takes you around all the big sights of London including Big Ben, Buckingham Palace, Harrods, Royal Albert Hall, Notting Hill and the London Eye.  The tour comes with a commentary so you learn some great facts about London’s sights too. Did you know for example, 100,000 people come to shop at Harrods everyday or that the Houses of Parliament have been home to the British government for over 900 years?  All these facts can be discovered whilst you enjoy a fantastic tea prepared by French pastry chefs.  There was also a fantastic sight on the bus, in the shape of one of the waiters, lol!

At the end of the tour they allowed us to keep our branded plastic coffee cups.

So to return to the main theme of this blog – 20 years on what is Diana’s legacy?  Her two wonderful boys, William and Harry continue with the charity work she started and have grown into men she would have been proud of.

Her fairytale sadly didn’t have a happy ending but girls still dream of being a princess like her.  As Elizabeth Emanuel so eloquently put it: ‘there are loads of movie stars and celebrities but there will be only one Diana.’  Rest in peace the ‘Queen of our Hearts’.