This week I decided to finally give the fish pedicure a go and I am so pleased that I did.  As I walked in to the beautifully purple and black decorated salon called Tootsies in Kent and went up to the desk, I thought about backing out but no I was here now, I was going to at least try it.  The prices are £10 for 10 minutes, £15 for 20 minutes or £20 for 35 minutes.  You are also given a loyalty card which once you collect six stamps, entitles you to 10 minutes free.  In for a penny, in for a pound I thought so stuck myself down for 35 minutes.  You are asked to fill in a questionnaire listing any health problems and signing to say you have no open cuts or fungal infections on your feet.  You are then directed to a shower tray to rinse off your feet and are provided with a pair of sterile flip flops to wear.  I climbed up on to the seat above the tank which has an inbuilt state of the art water filtration system, took a deep breath and placed my feet in.  At first the sensation was extremely odd as the fish flocked around my feet but after about 5 minutes it became quite relaxing and felt much like having your feet in a vibrating foot spa.  The Garra Rufa fish which are native to Turkey nibble off any hard or dead skin.  They have no teeth so it doesn’t hurt; they just suck at the skin.  I think after 35 minutes with my feet, which an ex referred too as reptile feet due to their hard skin, the fish must have been full up for about a week!  My boyfriend even joked that when he walked past later they had a sign up saying closed as fish are full!  As you take your feet out of the tank, the fish just drop off.  The salon then gives you some moisturising collagen gel to finish off.  My feet felt so refreshed and smooth and soft.  I would definitely recommend the experience and go again myself.  In the future they will also be providing conventional pedicures including painting toe nails which may be nice to do after the fish. 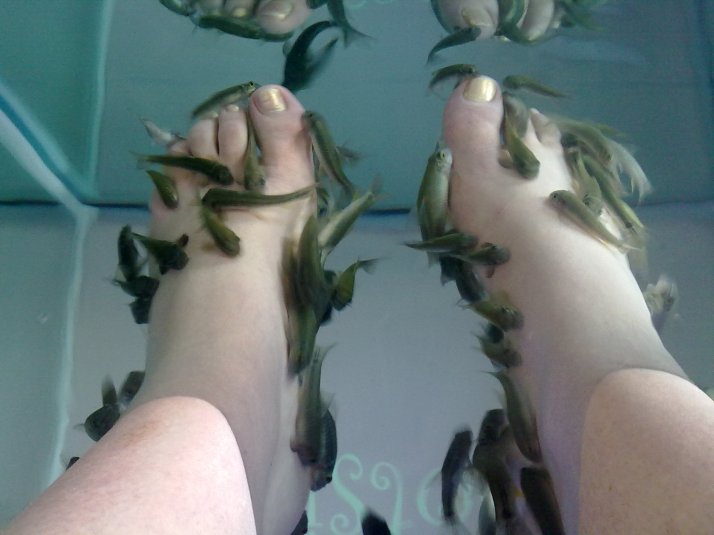 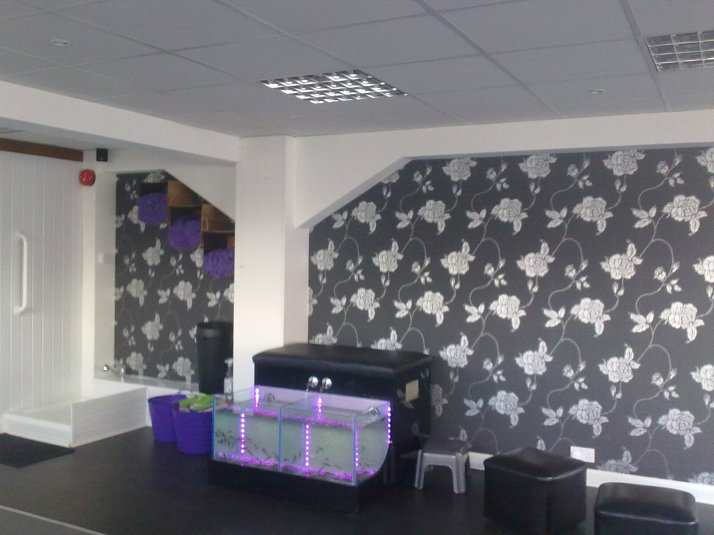 Whilst I was having the fish pedicure, I flicked through some magazines and spotted a gorgeous pair of Jimmy Choo heels in lime green; a snip at £695, lol.  I rushed home to check our Euro Millions numbers, in the hope of going out and buying many pairs of Jimmy Choo’s for my newly smooth feet; but sadly of our 11 lines at work, we hadn’t won with any.

This week also saw my best friend who is getting married in 4 weeks and us 3 bridesmaids meeting up round at her house with the hairdresser, hoping to choose her style and ours.  I think we finally found a winner for her but I think us bridesmaids are still deciding.  What was very interesting was to watch the hairdresser curl my friends hair with GHD straightners, I have always wanted to be able to do this but never mastered it, perhaps because my straightners are Morphy Richards rather than GHD, but they look the same and would have cost nearly as much had it not been for the sale they were in.  Perhaps I will ask nicely for GHD’s for my upcoming birthday.

In case any of you are wondering, Rufus seems to be much better so fingers crossed we have seen the last of the vets for a while.

The rest of my Saturday was spent making my niece’s 2nd birthday cake as it’s a joint celebration for her christening, birthday and brother’s birthday tomorrow.  I chose to do Hickory Dickory Dock.  It’s the most adventurous cake I have attempted so far.  I was quite pleased with the outcome although the kitchen was left looking like a snow storm had come down, with a dusting of icing sugar everywhere!  Talking of which I better go and clean it up.  Enjoy the rest of your weekend. 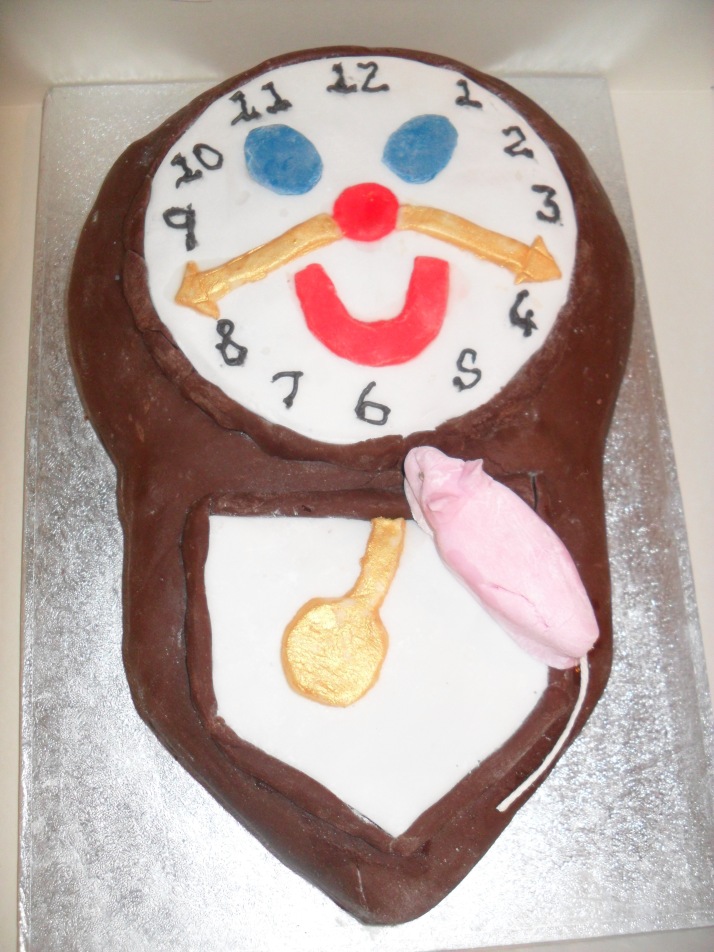