It gives me great pleasure to announce that another of my friends, has recently welcomed her first baby. As is customary, a baby shower was held mid December in her home town of Suffolk. It was originally planned for a week earlier – but the weather had other ideas when it sent a dusting of snow! 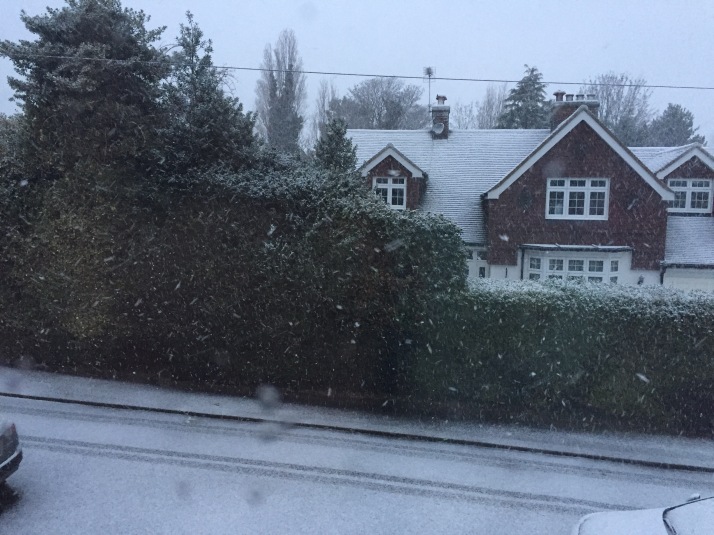 Baby showers are a chance to ‘shower’ an expectant Mum with gifts and for this reason are not arranged by the mother-to-be herself. They are generally only held for the first baby and usually only women attend. The name is believed to have been derived in the 19th century when gifts would be placed in a parasol, which upon opening would shower the mother. Traditions around pregnancy and child-birth are not a new concept however, with rituals dating back to the middle ages in some countries.

I have previously arranged a baby shower and attended one other, but this one ranks among the best. A room in a local pub, in the beautiful village of Woodbridge, had been decorated with blue and white pompoms and bunting. One string of bunting had been hand sewn by an aunty-to-be and was personalised which I thought a wonderful idea, given it can then be hung in the baby’s room.  There was also a fabulous nappy cake, again made by a talented aunty.  My friend was truly blooming.

Party bags had been made for all, containing sweets and a nail varnish along with materials required for some of the planned games.

There were some fantastic games, beginning with one where we had to hold a piece of paper against our foreheads and then draw a baby – this certainly produced some interesting designs – including one which looked exactly like a piece by Picasso!

Other games included pin the dummy on the baby, guess the size of the bump, baby bingo and another creative one of decorating various items of baby clothing using fabric pens.  All winners received a prize. 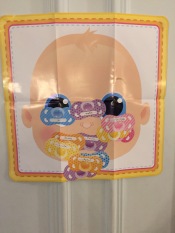 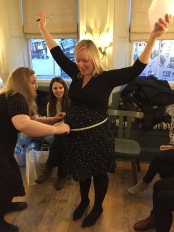 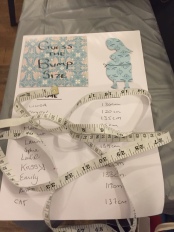 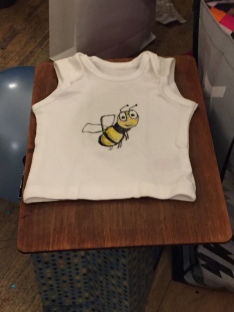 We all filled in baby prediction cards.  The mother herself predicted a birth date of 28th December despite him being due late Jan, and sure enough she was right and their little bundle of joy arrived on 28th December at 10am!

Baby weighed in at a healthy 7lbs 11oz.  I went to visit him in January and he is simply adorable.  They make wonderful parents and I wish them every happiness as a family.