Happy New Year Readers, let’s hope 2015 is a good year for all. I was rather sad to say goodbye to 2014 being that it was the year my husband and I got married and it’s going to be hard to top that with anything this year – but perhaps a new home may be on the horizon.

I find myself once again considering New Years Resolutions despite the fact that a study in 2007 found that 88% fail at their resolutions. I only really have one and it’s one I set every year and that is to lose weight. I have managed to put on nearly all of the weight I lost for my wedding and am really quite disappointed in myself. I am however going to start the diet on 12th January so as I have time to finish off all the Christmas goodies in the house. I am sharing this resolution with you all as the same study also found that women succeed 10% more if they share their goals with friends and family. Better enjoy the chocolate and nuts whilst I still can!

So another Christmas is over and done with again and the reality of going back to work is looming. This year my husband and I got into the Christmas spirit by visiting Winter Wonderland in Hyde Park, London on 21st Dec. We visited the ice kingdom there, which took over two weeks to create by over 50 artists and is the largest exhibition of its type in the world.   Of course it is even more of an attraction with the current popularity of the Disney film Frozen (the DVD of which was one of my Christmas presents). The kingdom is kept at -8 degrees and it really was cold – we purchased a hot chocolate from the bar made of ice in order to warm up after posing on the ice thrones. The exhibition also included a large magic mirror of ice which you could pose behind – I had to do this as it was a nice reminder of our fairy tale wedding theme. We also browsed the stalls in Hyde Park and couldn’t resist a new addition for our Christmas tree. 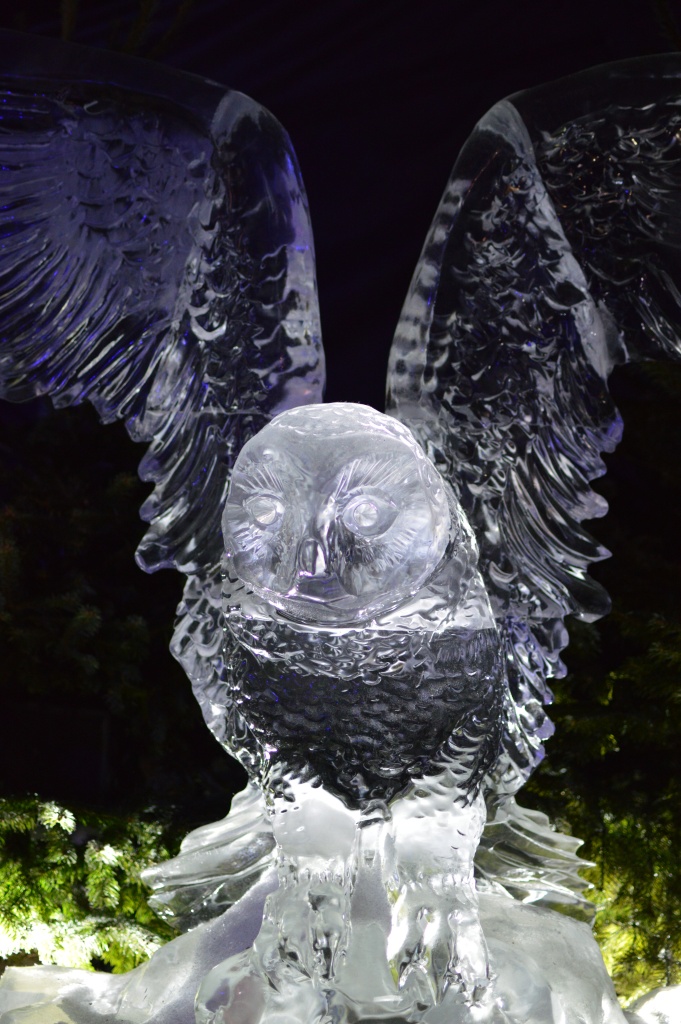 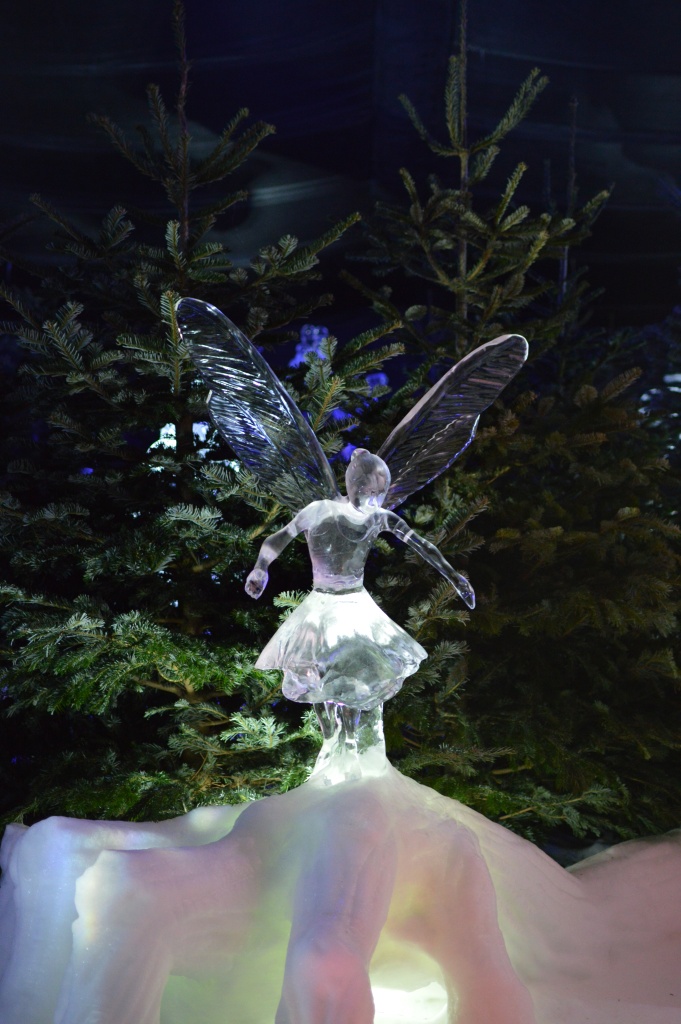 Christmas day was very different for me this year as it was the first time in my life that I didn’t spend it with my parents; they were invited over to my brother’s family. After the initial childish reaction I felt to the news, I finally came to the conclusion that it may be quite nice to spend our first Christmas married, just the two of us; and it was although it felt as though most of the day was spent in the kitchen. Cooking Christmas dinner is hard work I discovered and I was happy to relax on Boxing Day at Mum’s with a second Christmas dinner! 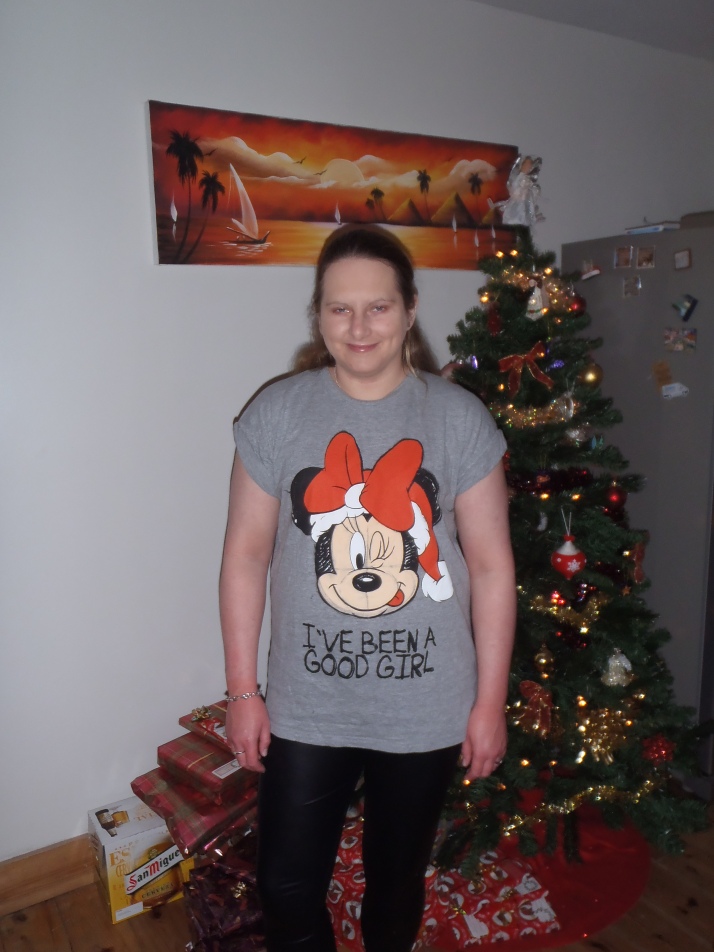 I was fortunate enough to receive most things that had been on my Christmas list – including The Great Gatsby DVD, a Luigi purse and an Urban Decay eyeshadow palette but my husband also surprised me with a Pandora charm bracelet which was totally unexpected and a lovely thought – he also picked a charm meaning passion for it. A novelty present I received was a personalized wine glass with small glass, large glass and Krissy’s glass printed on it.  All my presents from my husband were wrapped in shoe paper – he knows me so well. 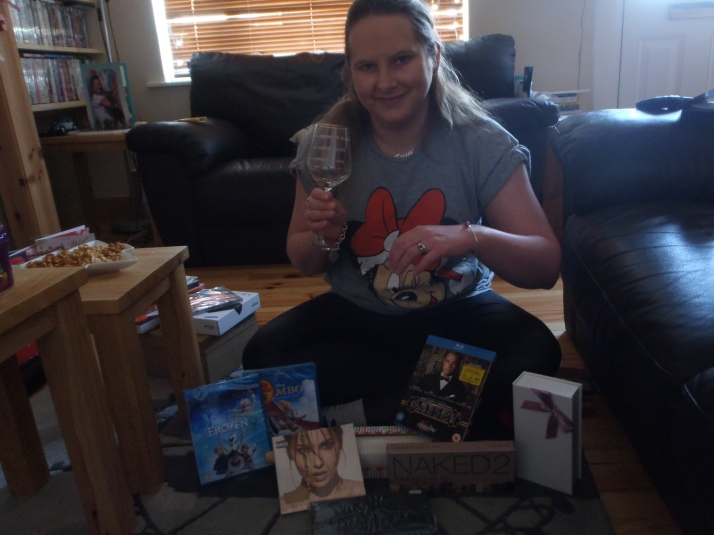 My parents bought me some Biba homeware. Biba as I have previously mentioned were a big fashion label in the sixties with a store in Kensington. They have had somewhat of a revival and are celebrating 50 years this year. Their homeware has quite an Art Deco air about it. I dressed the table with it for our New Year’s Eve dinner party with my parents and the in laws.

I also treated myself to a little Christmas present. Everyone who knows me, will tell you I am a shoe addict as well as an avid Sex and the City fan so you can understand why I couldn’t resist these shoes, designed by none other than Sarah Jessica Parker and named after her character, Carrie.

January is historically known as the most depressing month and the return to work certainly makes me inclined to agree – the fun of Christmas is behind us for another year but a new year also provides an opportunity for some great new fashion trends.  So what fashion delights will 2015 see?  It seems that the 1990’s nostalgia will continue as will the nod to the 1970’s.  Red is also going to be the colour of the season so looks as though I purchased wisely with the above SJP shoes.

Enjoy the sales and keep an eye out for those new trends.  Once again happy new year and good luck with your resolutions – I give mine until February at best!