Royal Ascot is Ascots most prestigious race meeting and was founded in 1711 by Queen Anne.  The British love affair with horses dates back far further than this with the first believed horse race to have been in Yorkshire in 200AD.  To this day horse racing remains the second most popular attended sport in Great Britain with Royal Ascot drawing around 300000.  On Saturday 22nd June myself and my Mum attended the last day of Royal Ascot.  On arrival at Waterloo station, there was a rainbow display of hats and fascinators and women and men dressed to impress clutching picnic baskets with bottles of Champagne.  We had our own bottle of wine but as we were in the main grandstand we were not allowed to take it in so we quickly downed it – hunched under an umbrella outside – so classy!  It was a blustery and rather showery day but we didn’t let that dampen our spirits.

Ascot is of course renowned for its fashion as much as, if not more than its horses.  I wore an Oasis dress and a red hat with nude stilettos and an oversized nude clutch.  My Mum and I enjoyed a Pimms in the fashion bar whilst checking out the outfits of others.  I was gutted to walk past someone in the same dress as me that I had thought quite unique – I am all for imitation being the most sincere form of flattery but at an event with such social standing it was rather gutting. 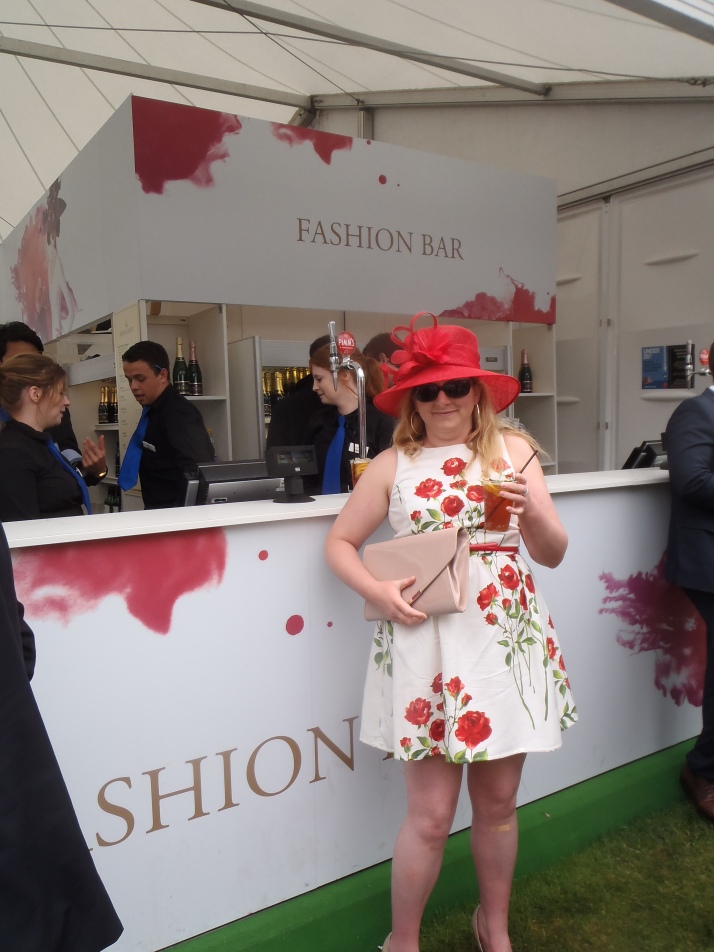 In total I placed 4 bets each way costing me a total of £16.  I came away with £25.20 after Dandino romped in at 2nd place and an outsider in Krypton Factor came in 4th.  As it was my other half who suggested Krypton Factor as he perused the race supplement in the morning’s paper – I treated him to a silk tie.

The Royal procession was quite wonderful and grand even if the queen was hidden under an umbrella.  The procession takes place each day before races begin and the Royal Standard is raised.  People were even placing bets with the bookmakers on what colour hat the queen would be wearing.

Of course horses and fashion don’t only collide at Ascot; equestrian influences on fashion are often revisited with trends such as tweed, jodhpurs, blazers and of course riding boots as well as horses often being used as props in fashion shoots.  Autumn/Winter 2013 is no exception.  I love these Dune riding boots, but it seems wrong to be thinking of winter when summer has only just arrived.

One of my bucket list items before hitting 30 was to take up horse riding lessons again.  I learnt as a child on a pony and on a holiday in Zante, when I was 18, I went on a horse trek so I felt sure that although it would be my first time back on a horse for more than ten years that it would all come flooding back to me.  How wrong I was.  I arrived at Callum Park riding school to be confronted with a large white horse of 16 hands 2 – much larger than I had ever ridden before.  After much struggle I got myself in the saddle.  Walking around the paddock seemed fairly nice and relaxing but I had forgotten how physically demanding rising trot is.  I managed a half hour lesson but ached like never before the following day, however I will be returning for a second lesson.

Did you also visit Ascot?  What did you wear? Please share photos of your outfit.  Until next time ……

One thought on “Horsing Around”