Between men and women there is no friendship possible. There is passion, enmity, worship, love, but no friendship.

Men and women can’t be friends because the sex part always gets in the way.

There have been many articles and debates around the issue of heterosexual men and women being simply platonic friends but I wanted to add to those articles as I know it is an issue that has affected both me and my friends.  In films and on TV we are often shown how a friendship blossoms into romance, i.e. the friend that you always have dismissed as a partner but later end up with – take Monica and Chandler in Friends or the cult book and film One Day. 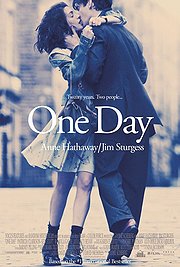 Then there are the on/off relationships which are interspersed by periods of friendship, often where one of you is hoping for the relationship to get back on track (believe me I have been there and it’s unnecessarily painful and stops you from moving on; the relationship ended for a reason.)   Perhaps our need to remain friends with an ex is driven by our need to feel that we have done better out of the end of the relationship than they have.  Maybe it’s similar for the human need to slow down and look at an accident – a sort of morbid curiosity.  The possibility of this is now greater with technology such as Facebook.  I think one is often better off not knowing these things however; especially when they appear to have done better than you.  I recently found out my ex is selling his flat to buy a place with his new girlfriend.  Now don’t get me wrong – I ended the relationship and I couldn’t wish for a better partner than the one I have got now but I can’t help feeling somewhat put out that he was always a commitment phob and yet now he has committed; almost like I broke him in.  I think it is important to ask what positives one gets out of remaining friends with an ex?  Yes it is strange to go from being so intimate with a person to nothing and it can feel like a bereavement, so I guess it stops the end seeming so final but surely it actually just prolongs the end?  The grieving has to be done in order to move on.

Other studies suggest that it is possible for men and women to be friends and that the belief they can’t comes from an era where they only interacted in a romantic sense due to women not going out to work etc.  G. Greif carried out a study more recently and found that three quarters of men believed it possible for a man and a woman to be friends.  I have a female colleague at work with a best friend who is male and she is soon to be his best man when he gets married so perhaps there is evidence of a changing opinion on male and female platonic relationships.

When a friend is not an ex and neither of you feel a romantic connection, the friendship can be beneficial in that we can get the other gender’s opinion on things which can be a god send when trying to interpret actions of romantic partners; we all know that men are from Mars and women are from Venus.  You may have an interest in a shared past time and can enjoy that together too.  If you meet someone and don’t feel a spark with but get on well, why not be platonic friends?

Then there are people who have friends with benefits.  Maybe this works for some but I can’t see any benefit in it; I would have thought that in most cases someone ends up getting hurt, but I am not an authority on this as it is not something I have experience of.

I went to a single sex secondary school as did my brother and I feel that unless you have a hobby or attend a youth club, your main friends are of the same sex and the opposite sex is seen more in a romantic way.  This is maybe different for people who attend mixed schools or go on to university with many students sharing houses with boys and girls.   The study by Bleske and Buss mentioned earlier found that participants had significantly more close same sex friends than close opposite sex friends.  My best friends certainly are my girlfriends so conceivably there is a chance that men and women can just be platonic friends but perhaps not close friends.  Possibly close male and female friendships only work if you are both single or both in relationships.

Then there are the feelings of your new partner to consider too.  Take a walk in your current partner’s shoes when as a woman you are thinking about a close male friend.  Funny how as women we often wouldn’t want our partner to stay friends with an ex or have a close opposite sex friend but we think it’s ok if we do.  Men may see their girlfriend having male friends as an issue perhaps because they believe men are sexually driven and think that even if you see it as platonic, the male friend may still try his luck.  If the friend is an ex, this just makes the situation worse as your partner’s insecurities may mean that they think you will be wanting to get back with the ex.  Even if they are not an ex, a partner can still find male friends threatening; especially if he has not met the friend.  I know when I first mentioned my male friend, my boyfriend found it awkward but once he met him, it was fine and they got on well.  I think the key is to introduce them in a neutral setting perhaps with other friends around and perhaps avoid meeting up as just a two, arranging more group events.

There are no definitive answers and the debate still rages on.  I would love to hear what you think on this age old question, until next time……………

One thought on “Can Men and Women Just be Friends? – A day in your Partners Shoes”