Girls showing off the seasons latest trends or simply just trying to stand out from the crowd with often what many would see as ridiculous fashion statements; it can only mean one thing, London Fashion Week has arrived! London Fashion Week is essentially a trade show for the fashion industry, organised by the British Fashion Council and currently sponsored by Vodaphone, Elizabeth Arden and Toni & Guy to name a few.  It was first held in 1984.  The show presently held at Somerset House happens twice a year in February and September.  London is one of the “Big Four” fashion weeks, the others being Paris, Milan and New York.  Now sadly I am not one of the pre invited important few who get to attend the fashion weeks; perhaps one day I might be a famous enough blogger to get an invite, in much the way the Sex and the City girls attend New York Fashion week but for now I shall have to be content with the Fashion Weekend; a girl can dream though!  London Fashion Weekend follows straight after at Somerset House and this is open to the general public.  Naturally I attended along with one of my equally fashion obsessed friends.

The catwalk show, in a central marquee was fantastic, summarising some of the key spring/summer 2012 trends taken from designers from the Fashion Week.  The show kicked off with Prim Rose, a pastel collection.  Pastels appear to be the top trend for spring/summer 2012 with the most memorable showcase being at Paris Fashion Week by Louis Vuitton with the Carrousel.  In contrast from last season’s brights, the pastels are very feminine and girly as well as being easier to wear for the more shy fashionista; given the right shade, pastels can suit everyone.  For me a combination of pastel and lace is the epitome of an innocent, soft girly look and ideal for a first date.  Having said that though, Jasper Conran displayed some lovely hot pink garments.  Brights were also seen amongst the Olympic inspired, more sporty range entitled Game On.  I shall be giving a miss to the trend of high heels with tracksuit bottoms however!  Other trends included monochrome and peter pan collars.

After the excitement of the show I relaxed at the bar.  Whilst I sipped on a luxurious berry flavoured champagne, my friend and I discussed the trends as well as having a general girly catch up.  We also each received the exclusive Holly Fulton show bag which captured graphic prints and contained numerous goodies; my favourite being the Elizabeth Arden 8 hour hand cream.  The catwalk show mentioned this wonder range from Elizabeth Arden and homed in on the tinted lip protections in pastel shades.  I always remember my first lipstick as a young girl which was my Grandma’s Elizabeth Arden one in a rose shade which I have never been able to find since; perhaps this season I will be lucky.  A key hair trend for the season which was mentioned by Toni & Guy was the relaxed fishtail plait; that is something I will definitely be trying.  I used to practice them on my Barbie dolls when I was younger.  Essentially, instead of dividing the hair in to three sections as you would with a conventional plait, you divide the hair into two sections. You then take a small piece of hair from alternate sides to make the third section to plait.  Hope that helps anyone struggling! 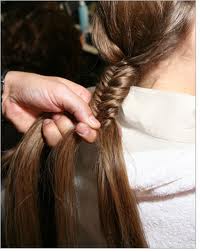 Once revitalised, my friend and I walked around Somerset house itself which contained many labels, each in different rooms with dramatically discounted items.  Our favourites were Twenty8Twelve which is designed by Sienna Miller, Olivia Rubin which Fearne Cotton has been photographed in, Lotus London, who had some gorgeous sundresses for beach holidays and Cleo B shoes.  I was rather disappointed that there weren’t more shoe designers at the show but Cleo B was a definite favourite.  I fell in love with a pair of flat sandals but I resisted.  I’m kicking myself now though as they were £40 cheaper at the show than they are online.  They are however a previous season, so the discounts are often not on current season stock.

Image courtesy of Cleo B

Wishwantwear had a stand at the show.  Here you can hire a designer dress for an occasion from just £27.  They were selling off last season’s dresses and there was a stunning green Halston Heritage dress in a similar style as the white one worn by Carrie in the second Sex and the City movie.  Despite being heavily discounted though it was still hundreds of pounds so very outside my budget; however call me old fashioned but if I was to have hundreds of pounds to spend on a dress, I would prefer it not to have been hired and worn by many others first! 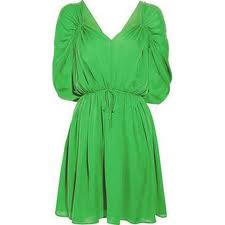 To sum up, the show was a very enjoyable day for both me and my friend and certainly gave us food for thought for our seasonal updates to our wardrobes as well as introducing us to some new designers.  Role on the next London Fashion Week in September; but hey lets not wish the summer away.  Happy shopping!